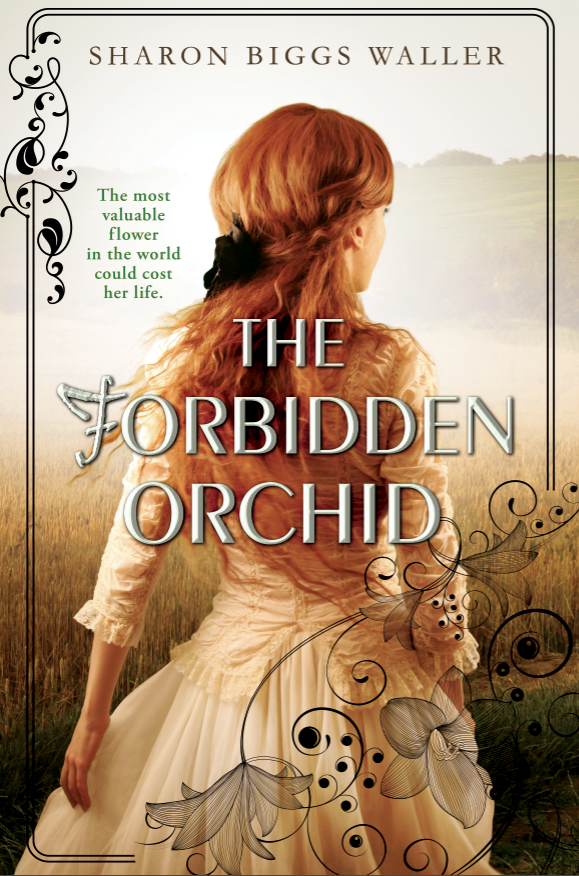 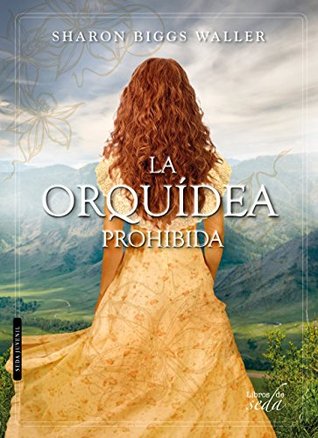 The most valuable flower in the world could cost her life.

Staid, responsible Elodie Buchanan is the eldest of ten sisters in a small English town in 1861. The girls barely know their father, a plant hunter usually off adventuring through China. Then disaster strikes: Mr. Buchanan reneges on his contract to collect an extremely rare and valuable orchid. He will be thrown into debtors’ prison while his daughters are sent to the orphanage and the workhouse.

Elodie can’t stand by and see her family destroyed, so she persuades her father to return to China once more to try to hunt down the flower—only this time, despite everything she knows about her place in society, Elodie goes with him. She has never before left her village, but what starts as fear turns to wonder as she adapts to seafaring life aboard the tea clipper The Osprey, and later to the new sights, dangers, and romance of China.

But now, even if she can find the orchid, how can she ever go back to being the staid, responsible Elodie that everybody needs?

Accolades for The Forbidden Orchid

Seventeen-year-old Elodie’s adventurousness and intellect outpace the constraints Victorian England places on women her age. The oldest daughter in a family of 10 women, Elodie takes on responsibility for everyone when her mother falls ill, and her perpetually absent father jeopardizes them all when he fails to retrieve a rare, expensive orchid for the man who finances his plant-hunting expeditions to China. Elodie risks everything to help her father return to China and pay off his debts by stowing away on a tea clipper with the help of a handsome young Russian named Alex. Once Elodie arrives in China, Waller (A Mad, Wicked Folly) creates a vivid portrait of the country’s landscape and history—and the restrictions women faced there, too—through Elodie’s observations and via her new friend, Ching Lan. The discordant relationship between England’s fascination with China’s many unfamiliar treasures and the Victorian desire to conquer is also front and center. Elodie and Ching Lan are feminists of their era, refusing to bend to the rules and limits placed before them.

Gr 7 Up–Elodie Buchanan grows up the eldest of 10 girls with an almost constantly absent father. Though she has never left her home village, she dreams of accompanying her father to the far-off places where he journeys in search of rare and unknown plants. Being a young woman in the 1861 English countryside, Elodie finds adventure hard to achieve. She tries instead to connect with her father by working with plants at home. She comes to love the single precious flower she miraculously gets to bloom. This orchid, forbidden to her because of its shape and her sex, is symbolic of Elodie’s passion and quest for adventure. When tragedy strikes and Elodie’s father is wounded in both mind and body during the opium wars, she gathers her courage and travels to London and eventually to China to help him. She finds her longed-for adventure and unexpected romance on her sea journey and travels through China in search of orchids. Waller does an excellent job of setting the scene in both time and place in this historical novel filled with adventure, romance, and plant biology. Readers are drawn into Elodie’s journey of discovery as she succeeds in finding the forbidden orchid, love, and her own freedom from strict Victorian societal norms. The extensive back matter contains author’s notes and a bibliography giving information about both the era and specific topics of the book. VERDICT A historical romance with a strong female protagonist, sure to find fans. –Genevieve Feldman, San Francisco Public Library

In this coming-of age tale set in 1861, Waller deftly straddles England and China and weaves in historical highlights of plant hunting, the opium trade, and environmental activism. Eighteen-year-old Elodie Buchanan lives an uneventful life in a small English town. The eldest of 10 daughters, shrewd and responsible Elodie helps her mother care for her sisters and the household in her father’s absence. Mr. Buchanan, a plant hunter, travels for extended periods to faraway places. When Mr. Buchanan fails to deliver an extremely rare and valuable orchid to a client, the entire family is threatened. Elodie begs her father to return to China to fulfill his contract and secretly plots to help him. Defying all social conventions and personal fears, she stows away on the tea clipper her father is sailing on. Fortunately for Elodie, she survives the journey with both her life and chastity intact, thanks to Alexander Balashov, the captain’s adopted son. Elodie narrates in a formal, 19th-century voice that manages to be witty and smart without calling undue attention to itself. A pragmatic young woman, Elodie’s struggle with the uncomfortable weather and terrain is as convincingly rendered as the conflict between her growing love for Alex and loyalty to her family. Historical details, including the liberal prescription of morphine and Britain’s patriarchal economy, lend rich, textural background. Well-researched and filled with adventure, romance, and lots of tension—this work of historical fiction has all the elements of an intriguing read. (Historical fiction. 12 & up)

A flower will save her life if she can find it, but the search for it could cost her life. Orchids are in high demand in England during the reign of Queen Victoria, and only the most courageous plant hunters are able to find them. Elodie’s father is one of these plant hunters; however, when he fails to fulfill a contract for 300 orchids, Elodie and her family find themselves on the verge of being sent to the workhouse, and her father faces debtor’s prison. Elodie is determined to save her family even if it means going to China to find the orchids herself. Her adventure is full of danger, romance, disappointments, and new discoveries. In the process of her journey, Elodie learns that she has to live for herself and follow her own dreams.

Following the success of A Mad, Wicked Folly (Penguin, 2014), Biggs Waller’s The Forbidden Orchid does not disappoint. The characters are strong and full of life, and the plot combines the perfect amount of both adventure and romance. The bibliography at the end of the book is proof of the research that it took to create the accurate rendering of life in Victorian England. This book is a must-have, especially where historical fiction is popular. —Lynndy Hurdle.

Often who you are expected to be and who you are are two very different people. Elodie lives in England in the late 1800s, and as a young woman, she knows her job is to help her mother and her sisters—however much she longs to join her father, a plant hunter, on his adventures. But when an incident in China leaves her father injured, she stows away on his ship to accompany him on his next plant-finding mission. Waller (A Mad, Wicked Folly, 2014) lends all the lyrical descriptions of nineteenth-century England and China that readers could hope to find in a Victorian romance-adventure novel. Elodie is clearly fiercely independent from the beginning, but her desperation to lead her own life is realistically tempered by society’s constraints. Similar in tone to Libba Bray’s A Great and Terrible Beauty (2003), this is a perfect read for timid teens who dream of adventure. —Molly Horan